How God showed up this year at the "Ladies Spring Tea"

How have you seen God working in your life? For more God Chronicles, look here

Every year, my church has a ladies spring tea. Its a big affair requiring many hostesses for many tables each with elaborate decorations on a yearly theme. This year's theme was transportation. 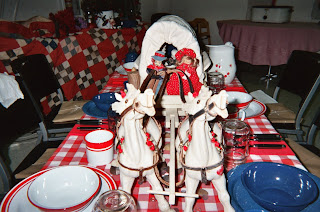 Each year there is a program and a speaker, but the real attraction is the food and the elobrate table decorations. Yes, some creative someone with more time, energy and talent than I, decorated a table with Jonah and the whale: 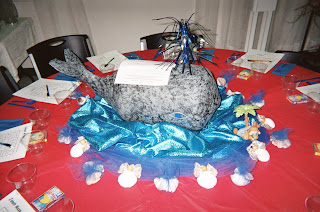 Last year, I was on the planning committee as well as hosted a table, participated in the program, obsessed over the decorations, hauled my best china to church to decorate the table, shopped for favors, was in Wal-Mart the night before at 11:00 p.m. (on the cell phone with my best friend) choosing dessert, crackers, cheese and fruit for a little extra nibbling at my table. 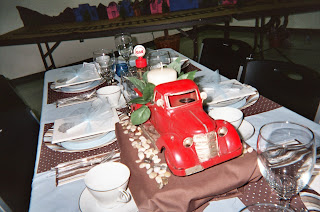 Its a lot of work, this spring tea. 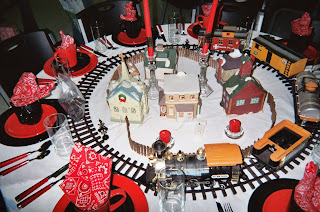 This year, I decided that I did not have the extra energy required to be running around Wal-Mart at 11:00 p.m. in order to put on my best table, so instead, I would enjoy just being a guest. This little plan of mine was going fine. 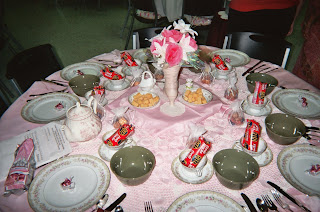 I ignored the announcement of the planning committee meeting. I ignored the phone call from the head of the committee asking me to take a table. Its hard to say no, but I just dont have it in me this year. Nope. I'll be sitting this one out. 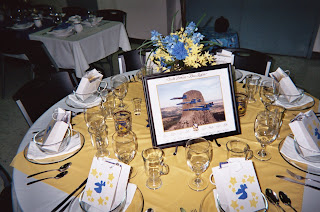 I was actually pretty pleased with my new found ability to say no to taking on extra responsibilities. In the middle of patting myself on the back, the preacher's wife tricked me into suggested that I take over her table as she was over committed and just could not complete it. 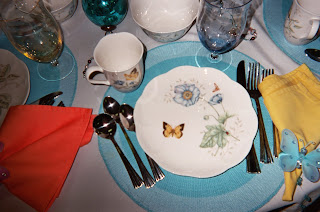 Just as I was opening my mouth to argue that I, in fact, am the one who is over committed and as such, I could not possibly take over her table, especially since I so sleathly avoided getting myself committed to a table in the first place... 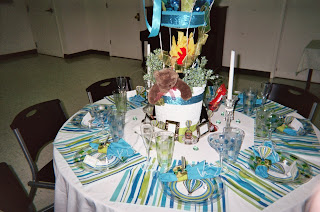 Why is it impossible to say no to the preacher's wife? Especailly to one who has known you for your entire life? If there is one small ray of sunshine in all this she informed me, I have a helper, someone I dont know well is already committed to helping the hostess at her table. 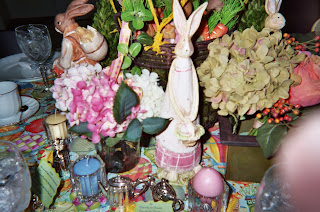 After pouting about it, kicking myself in the rear and generally wallowing in my self pity party, I finally called the helper to inform her that, although she was probably looking forward to assisting the preacher's wife, it would be me she would be assisting instead..... and I will be requiring a lot of help. 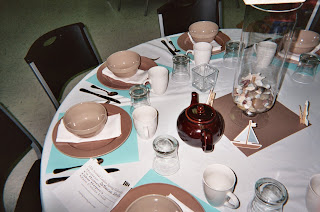 The first day I called, we talked for a long time, thus beginning two weeks of daily phone call between me and my helper planning all the little details needed. I have to say, I had the best helper that you could ask for. She was on the ball and basically did everything that I pawned off on her to do, which was great for me since I still had a bad attitude over the whole thing and did not want to do anything. 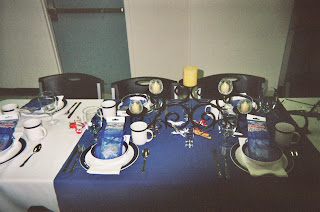 As tea grew near, and the planning heated up, the helper informed me that she had been depressed before I called, so depressed that she had not been able to leave her house. Planning this tea forced her to go to Wal-Mart, and to the Dollar Store, and to friend's houses to borrow napkins and to think extensively about whether she wanted a white table cloth or a cream one, and then, before she knew it... she found herself lifted out of her major depression. 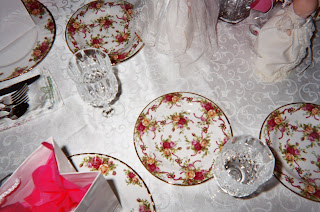 Dont you just love to see God at work? This year's tea had nothing to do with me, my busy schedule or bad attitude. Even when you drag your feet and don't want to cooperate, he'll use it to bless someone else. I can't wait to see what he will happen next year with the theme of going green. 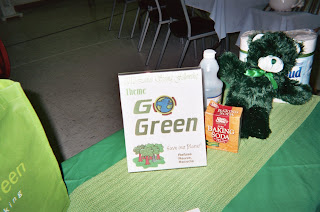 That is cool! I love the tables - what fun. But I especially love how God worked. I can never quite understand His ways, and why He still chooses to work through us in spite of ourselves... What grace!

Don't forget to add your link to Mr. Linky so my other reader can come visit you. No, using the singular for reader was not a mistake, lol.

Very cool!! That awesome God just has that mysterious way of popping up in the places we least expect Him to, doesn't He?! I had a God-sighting this week too!!