How I spent my summer vacation in Washington

We made a whole vacation around this: 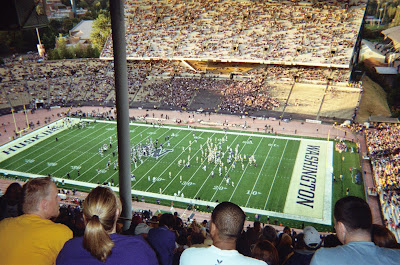 We were at the top. Needed oxygen and a medic after climbing the stairs, but had a great view of the game (except for the pole), and the ocean to the right of the stadium. The mountains were to the left. Washington has a beautiful, although way too many stairs, stadium. 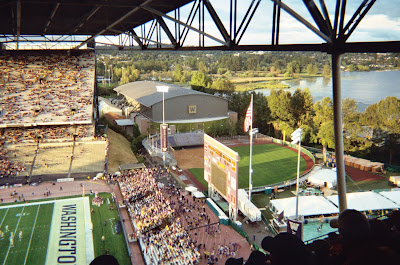 We went to Pike Place Market downtown and ate a lot of clam chowder. 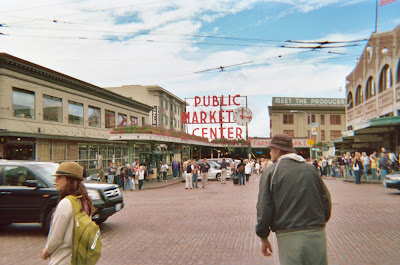 The city feels like it is built in layers. You can see four streets in this picture, and they were about three more below that you could not see. The streets look like San Francisco, although I think they are even more steep. 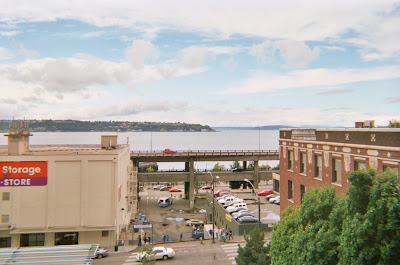 This is the original "skid row". It was named skid road because the loggers would skid the timber down to the ocean. see the ocean at the end of this road? After the city took shape and roads were put in, this became downtown where the bums would hang out. It eventually became known as skid row. 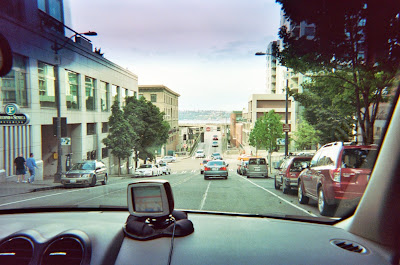 We spent a lot of time downtown, walking on the piers admiring the ocean. It was cold. We ate even more clam chowder. 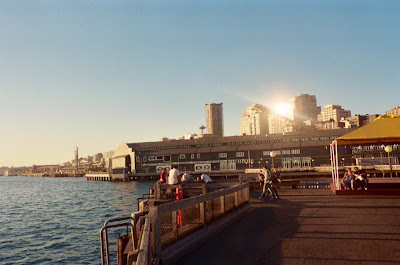 After sleeping in very late the first day, we went for a drive looking for a Wal-Mart, but, found this: 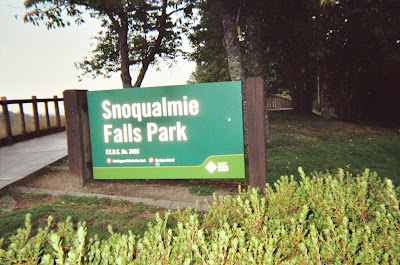 and after hiking a trial through the woods, found this: Its 100 feet higher than Niagara Falls. The pool below is 65 feet deep. 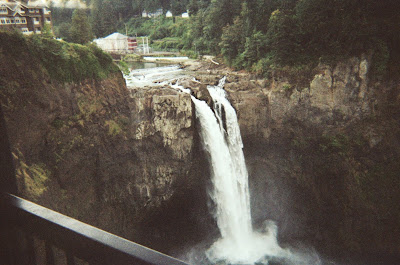 We also went to see Mt. St. Helen. I was 11 years old when it exploded, in May 1980 and I remember coming home from school each day to watch the news about the mountain. It was a 5.1 magnitude earthquake that caused the explosion. For six weeks before the earthquake, as the lava was building up, the mountain actually grew 5 feet per day. Now you can see the top of the mountain blown off and the north side collapsed. You can also see where the lava flow made a little river path. 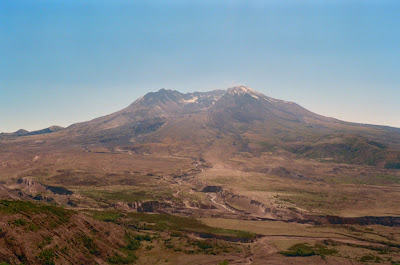 The explosion caused 670 mile per hour winds and temperatures of 800 degrees. It flattened 230 square miles of forest and killed 47 people. Now the area is preserved for scientists to study. It also exploded in the 1800s. It explodes every 130 years or so. 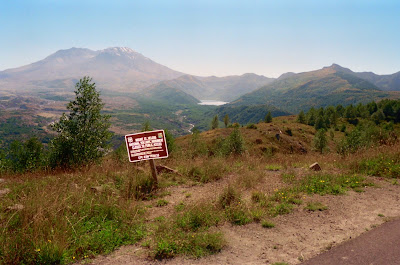 Beautiful scenery - colors are so vibrant ! I noticed the tourists were in 'sweaters' (long sleeve jackets) - I'm sure you enjoyed the cool temps as compared to South LA.

I've always wanted to go to Washington. It would be such a dramatic contrast to Florida but I've heard so many good things. I'm glad LSU just squeaked by that game but yay for Washington beating USC.

seems to be a beautiful place. I love the ocean views. Seems there was so much to do and see.

You got some great shots, especially considering you were using disposable cameras! :)

Beautiful pictures! I have always wanted to go to Washington as well, I guess I should wait until they play LSU like you did! Go Tigers!!

that sounds like a fun time.. love the pictures, it looks so beautiful!!!

Thanks for sharing your holiday with us! Awesome pictures and narrative ~ especially the "skid row" part. I love learning little bits of trivia like that!! I looks like a really wonderful vacation.