My mother in law

left a package in my kitchen today. 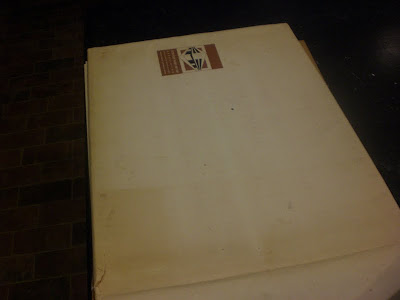 An old yellow envelope with four handmade drawings in it. 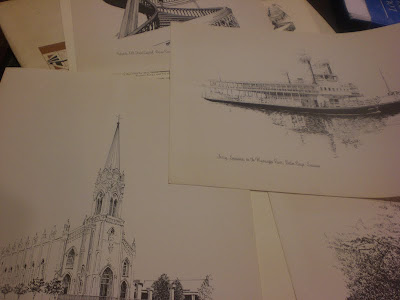 They were free when she opened a bank account  at least (at the very least) 40 years ago. 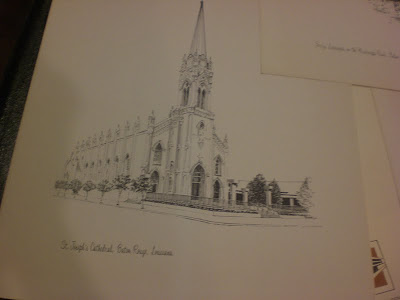 I work across the street from this church, St. Joseph's Cathedral. It was built in 1853 with a salvaged bell from a steamship that sank in the Mississippi river. 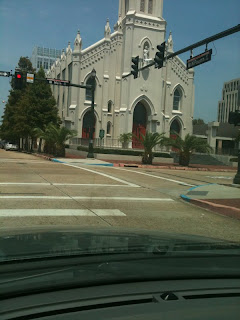 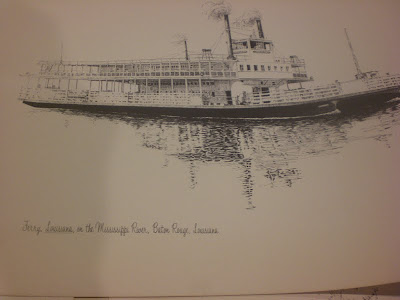 Ferry boats stopped crossing the river  in 1968. I had never seen one. 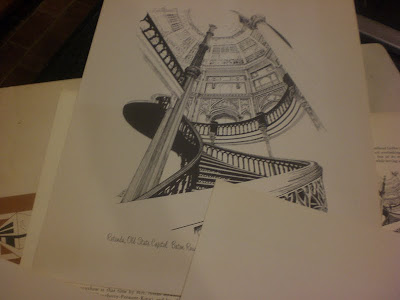 This is the Staircase in the old state capital, built in 1847. The building takes up a whole city block.  It was used as a federal prison in the Civil War, then burned after the war. When the property was given back to the State of Louisiana in the 1880s, it was completely reconstructed. 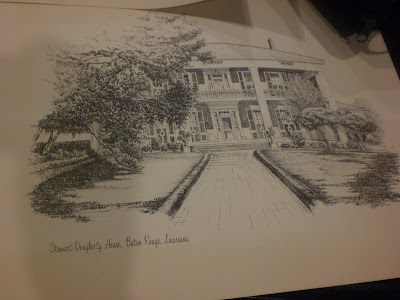 I work three blocks from this house. The Stewart-Dougherty House. It was built in 1848 as a private residence, and has been owned by the same family ever since. The daughter of each previous owner has always lived in it.  It was used as a federal hospital in the Civil War. 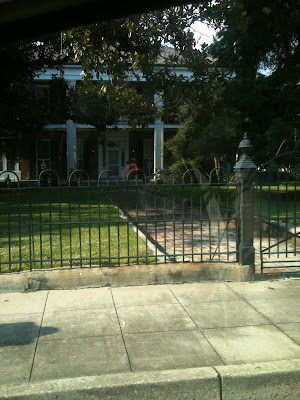 i want your mother=in=law. how sweet she must be. you are very lucky for her to trust you with her treasures.

I have always known that your Mother-in-law was one special lady! She thinks you are also special - - to hand down those special treasures - - priceless treasures. Can't wait to see those beautiful portraits displayed.

Wow this is so sweet of her. How neat is this? I love them!